About » Board of Advisors 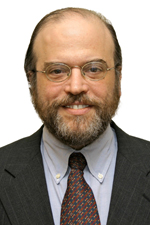 Jon Albano is managing partner of Morgan Lewis’ Boston office and a member of the firm’s Litigation Area. His practice focuses primarily on commercial, constitutional and appellate litigation. He has tried to completion jury trials, bench trials and arbitrations and has argued over 35 appeals. Mr. Albano has represented newspapers, entertainment and news broadcasters, publishers, universities, nonprofit organizations, and individuals in cases involving a variety of constitutional issues, including free speech rights; the public’s right of access to information; and privacy, defamation and equal protection claims.

Mark Cooper is Co-founder of Offerpop, the most widely used social marketing platform. 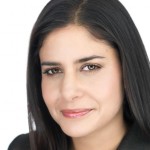 Leela de Kretser is the Managing Editor of Reuters.com. Most recently, Leela has been running her own media consulting firm — De Kretser & Son — with clients ranging from traditional newspapers to tech companies and Fortune 500 brands.

Prior to launching her company in 2013, Leela served as the editorial director and publisher at the award-winning neighborhood news site DNAinfo.com. She was part of the original New York launch team in 2009, and served as the city’s managing editor before building out the marketing, operations and advertising teams. She oversaw the expansion of DNAinfo.com to Chicago in her final year with the company.

A veteran digital journalist and content creator, Leela previously worked with Michael Wolff on a biography about Rupert Murdoch and the start-up aggregator Newser.com. She has also worked as an adjunct professor at Columbia J-School and a reporter and editor at the New York Post. Leela began her journalism career in Melbourne, Australia, on the country’s largest daily newspaper, the Herald Sun. An experienced mobile marketing and advertising executive for more than 20 years, Harris has led integrated marketing and branding programs for Microsoft, Bank of America, Verizon Wireless, AT&T and Intel. Harris is the former Chief Executive Officer of Ansible Mobile, an early mobile agency. Before co-founding Ansible, Larry served as Executive Vice President and Director of Integrated Marketing for Draft, (now Draftfcb), where he built and led the global technology team and oversaw the company’s relationship with Interpublic. In 2000, Harris co-founded the digital division of FCBi – the direct, digital and data arm of Foote, Cone and Belding. Harris directed digital strategy, creative, user interface, e-marketing and web development for clients such as Hewlett-Packard, GSK, Quest, the IRS, Eli Lilly, Chase, Clairol and MetLife.

A native New Yorker, he graduated from Harvard College and sits on the boards of New Yorkers for Children, the Institute for the Recruitment of Teachers at Phillips Academy, and the MacDowell Colony in New Hampshire. 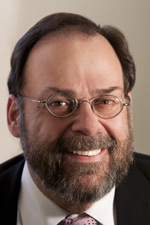 Rabbi Bob Kaplan is the founding Director of The Center for Community Leadership at  the Jewish Community Relations Council of New York (JCRC), the central coordinating and resource body for 62 major Jewish organizations in the metropolitan New York area. He also co-directs the New York – Jerusalem Experts Exchange, a joint project of the JCRC and the Jerusalem Intercultural Center that exchanges best practices in building diverse societies. Mr. Kaplan is involved in a variety of issues including coalition building, conflict resolution, ethnic media, interracial/inter-religious relationships, combating hate crimes, and community building. Mr. Kaplan acts as an organizational consultant to many community-based organizations — Jewish and non-Jewish — on the issue of intergroup relations and capacity building.

Mr. Kaplan serves as a member of the NYC Department of Education’s Diversity Council. He presented to President Clinton’s White House Conference on Race, The Doha Interfaith Dialogue Conference and was a member of the Plenary Committee for the United Nations Conference, Habitat II. Mr. Kaplan is a member of the Design Team and is presently a faculty member of the Institute for Public Health and Faith Collaborations, collaboration between the Rollins School of Health at Emory University and the Center for Disease Control (CDC) in Atlanta, Georgia. He served as the coalition consultant to the Black/Jewish Congressional Coalition in Washington DC. 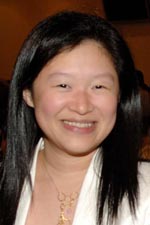 Tina Lee is the Managing Director of the World Journal, the most influential Chinese-language daily newspaper. World Journal is published in New York, Los Angeles, San Francisco, Dallas, and Chicago and is distributed coast to coast. Worldjournal.com has been serving online users since 1999. With 1.4 million users and over 36 million page-views monthly, worldjournal.com is the number one Chinese language news site in North America. In addition to desktop and mobile websites, worldjournal.com is also active across various social media and new media platforms. Ms. Lee is also Executive Vice President of Cooper Investors, Inc., which develops, owns and operates commercial real estate properties in the U.S., Europe and Asia. She is a member of the Board of Trustees of Scholarship America, which has distributed more than $3.3 billion to over 2 million students since its founding in 1958. She is also founder and president of the Greater New York Chinese Dollars for Scholars.

Ms. Lee is co-chair of the Flushing Business Improvement District (BID) and is on the board of directors of the Chinatown Partnership LDC. Ms. Lee has a BS in Finance and International Business from NYU’s Leonard N. Stern School of Business and is a graduate of Stanford Law School. She is a member of the New York Bar.

Linda Prout is a professor in the Visual Journalism faculty at the CUNY Graduate School of Journalism. She is the creator and senior producer of “Independent Sources”, an award-winning program on ethnic media and issues on CUNY-TV. Prout has been a radio reporter and was director of Harlem Community Radio (WHCR). She has worked in television for PBS, WABC and Bravo and covered Latin America and the Caribbean for Newsweek and Newsday. Prout is a founding faculty member of the CUNY J-School. Before that she was director of the journalism program at City College. In 2005 Prout was a Fulbright Scholar in China. Prout holds an M.S. in Journalism from Columbia University’s Graduate School of Journalism, and a B.F.A. in Theater from NYU. 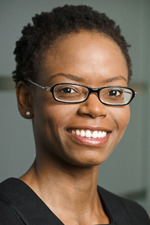 Yulian Ramos is the Deputy Director for the Paul & Daisy Soros Fellowships for New Americans, a program that provides tuition and living expenses for 30 New American students for up to two years in a US graduate program.  Ms. Ramos plays a major role in the programs activities and is responsible for many of the kinds of activities that ensure that the screening, selection, and management of the Paul and Daisy Soros Fellows are handled with efficiency, dispatch, and the human touch that is a hallmark of the program.  In addition she oversees the financial management of the program, supports the Fellows Association, and supervises staff and consultants. She works with the Director to develop communication, programming and strategic planning to enhance the impact of the PD Soros Fellowships program.  Prior to joining the PD Soros fellowships, Yulian was a program officer with the Charles H. Revson Foundation.

Yulian received her BA in Latin American Literature from Barnard and earned an MS in Nonprofit Management from the Milano School for Management and Urban Policy at the New School for Social Research.  She is honored to be a member of the NYC Neighborhood Library Awards philanthropic review committee, New York Blacks in Philanthropy and the Center for Community and Ethnic Media. 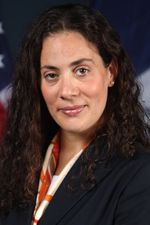 Fatima Shama is the Executive Director of The Fresh Air Fund, a position she assumed in July of 2015.  Prior to The Fund, Fatima served as the Vice President of Strategic Development and External Affairs at Maimonides Medical Center in Brooklyn. She was formerly the Commissioner of the NYC Mayor’s Office of Immigrant Affairs, a position she had held since 2009. Prior to that she served as Mayor Michael Bloomberg’s senior education policy advisor. Ms. Shama joined Mayor Bloomberg’s office in 2006 to work on a special initiative on the intersection between health care, language access and literacy. Before that, she was the executive director of the Greater Brooklyn Health Coalition. Ms. Shama earned a BA from Binghamton University and a Masters in Public Administration from Baruch College’s School of Public Affairs Executive Program. Bronx-born, Fatima is the daughter of a Brazilian mother and a Palestinian father, and speaks five languages.

Monica Tavares is the Vice President of External Affairs at the Hispanic Federation. She has previously served as Chief of Staff, Office of Communications and External Affairs at the NYC Department of Education; Acting Commissioner of the Mayor’s Office of Immigrant Affairs (MOIA), where she has also served as Assistant Commissioner and Chief of Staff; Bronx Borough Director in the Mayor’s Community Affairs Unit, where she acted as principal liaison to the Latino community in New York City. Prior to joining the Bloomberg Administration, Ms. Tavares served as Government and Community Affairs Manager at El Museo del Barrio. She was responsible for the organization’s advocacy and public funding efforts and oversaw all government and community initiatives and events.

Ms. Tavares was born in the Dominican Republic and immigrated to New York City in 1985. She resides in El Barrio, New York. 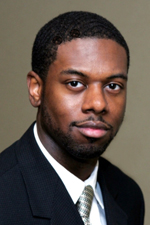 Mark Anthony Thomas is the former publisher and director of City Limits, where he managed the organization’s operations, publishing and development. Prior to that, he was the deputy director of the Center for an Urban Future and served as the Director of the Mayor’s Operations Innovation Team in the City of Los Angeles.

Mark is currently serving as Senior Vice President, Partnerships at New York City Economic Development Corporation. Mark has published two books of poetry, served as a contributing writer to a number of publications and helped launch New York’s Online News Association chapter. He is a graduate of MIT Sloan School of Management (MBA), Columbia University’s School of International and Public Affairs (MPA), and the University of Georgia (BA), where he became the first African-American Editor-in-Chief of the school’s independent daily newspaper.