By: Jehangir Khattak
In: Featured
With: 0 Comments 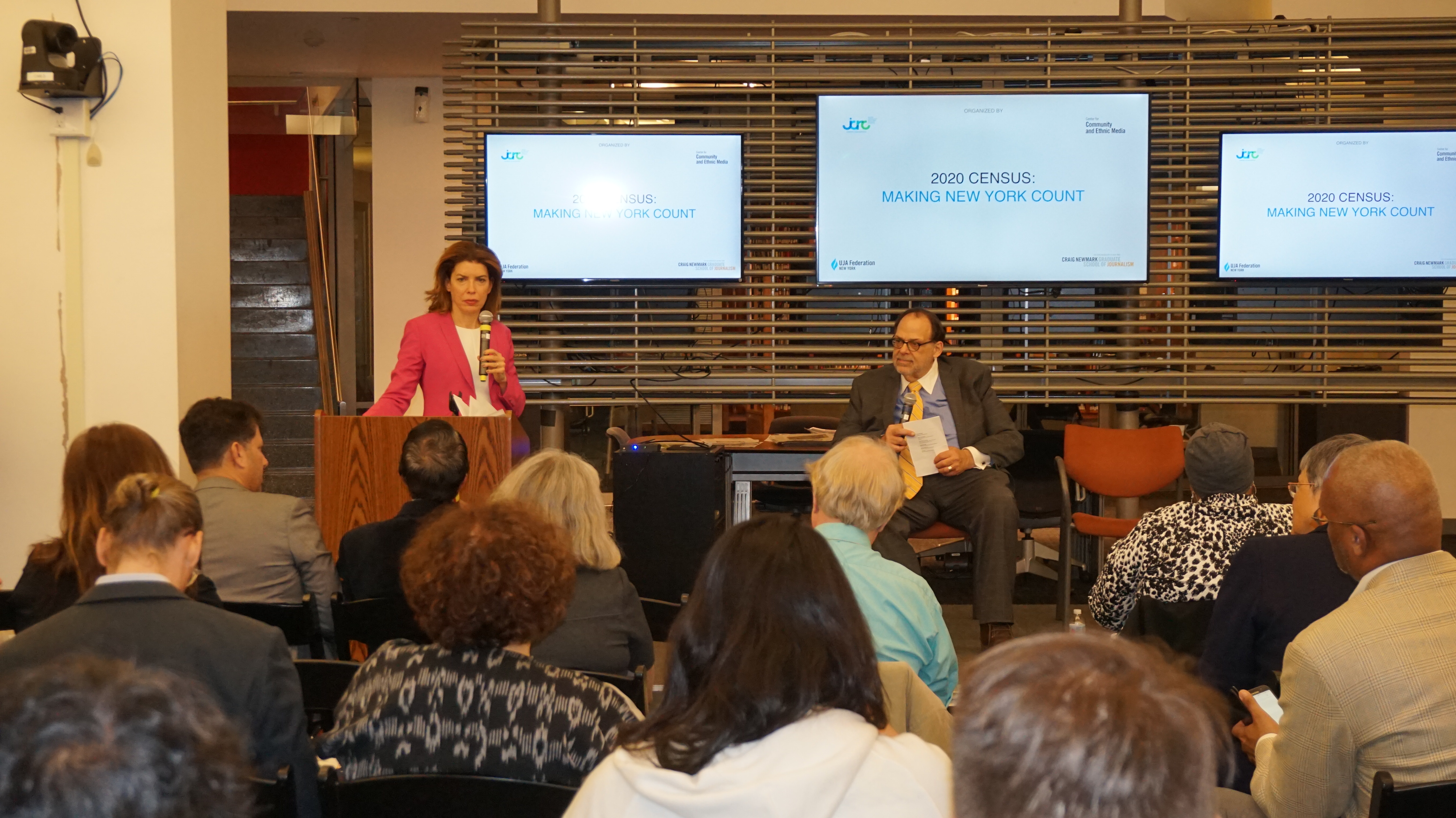 The Center for Community and Ethnic Media and the Jewish Community Relations Council of New York (JCRC-NY) organized a half-day conference – 2020 Census: Making New York Count – at the Craig Newmark Graduate School of Journalism at CUNY on May 29.

About 100 community leaders and community and ethnic media journalists attended the conference which was addressed by Julie Menin, New York City’s director of the Census, Lisa Moore, assistant regional census manager at the New York Regional Census Center of the U.S. Census Bureau, Joseph J. Salvo, director of the population division at the NYC Department of City Planning and Steven Romalewski, director of the CUNY Mapping Service at the Center for Urban Research at the CUNY Graduate Center, and Rabbi Bob Kaplan of the JCRC-NY.

The conference also included a panel of community leaders, moderated by Rabbi Kaplan: