Newsmakers: Changes in Immigration Programs and Their Impact 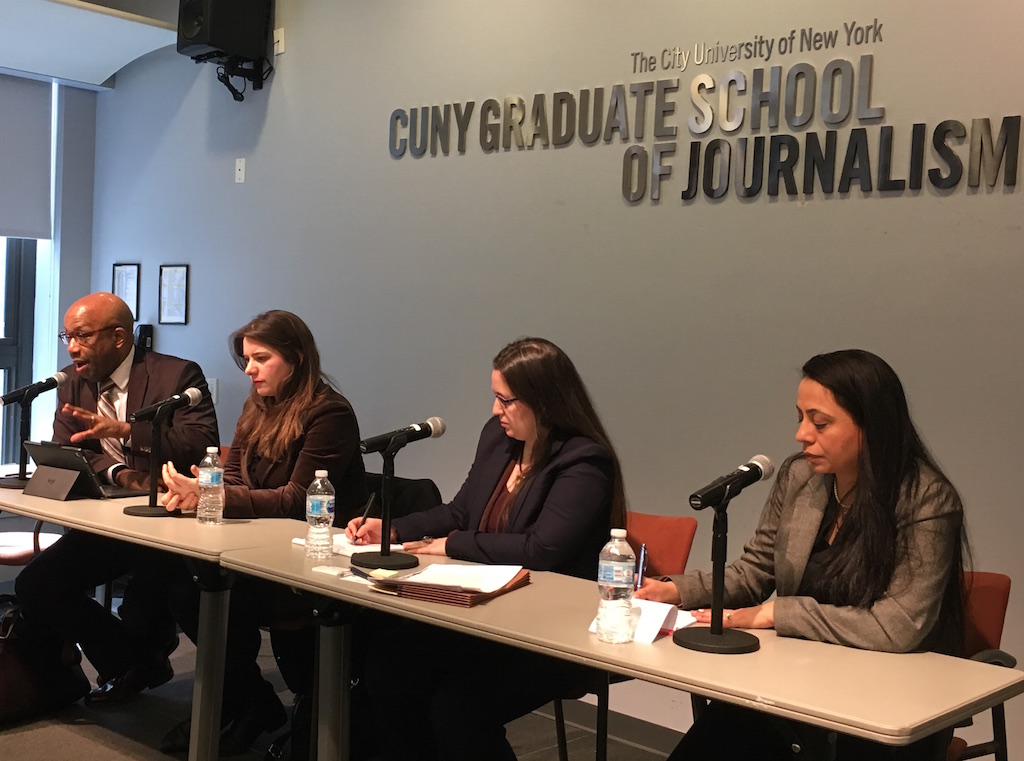 The Center for Community and Ethnic Media organized a panel to discuss questions surrounding the debate on the future of immigration, at the CUNY Graduate School of Journalism on March 16. The event was part of CCEM’s Newsmakers series.

NY1’s Errol Louis, who also teaches urban reporting at the CUNY Graduate School of Journalism, moderated the event. He was joined by Camille J. Mackler from the New York Immigration Coalition, Rebecca L. Sosa from Sosa Law, and Poonam Gupta from White & Case LLP on a panel to discuss a host of issues related to the future of immigration. A sizable number of journalists in attendance also asked question of the panelists.

The Newsmakers series is an on-the-record conversation between city leaders, academics, experts and the city’s community and ethnic media, which serve as a bridge between mainstream society and immigrant communities and communities of color. It is one of many programs offered by the Center for Community and Ethnic Media, which provides professional development, research and overall leadership for the city’s community and ethnic media.

Click here to read coverage of the event at Voices of NY.