By: Jehangir Khattak
In: Featured, Newsmakers
With: 0 Comments 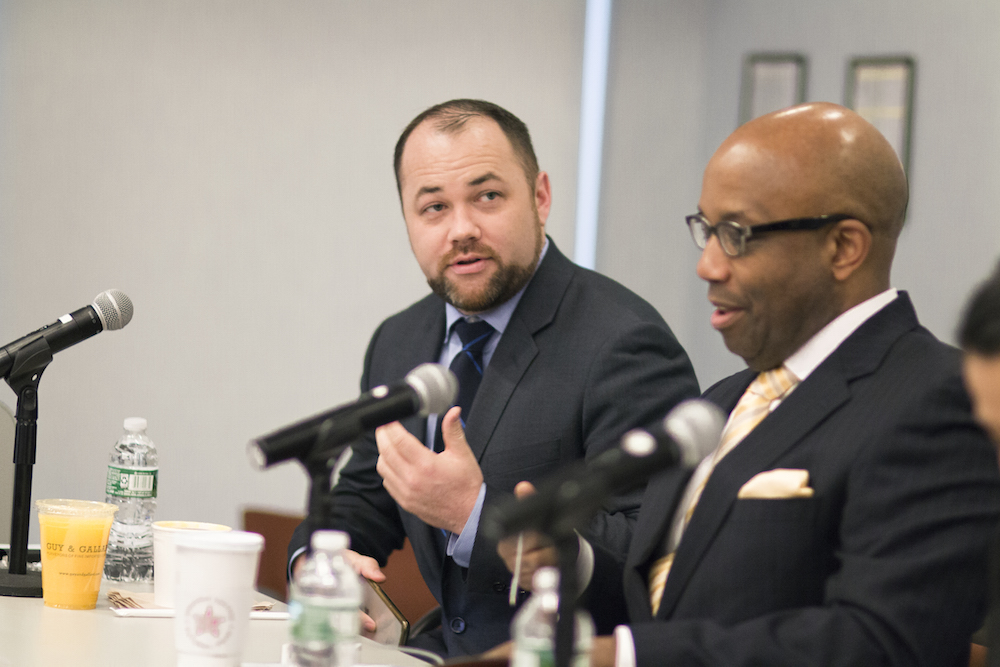 The Center for Community and Ethnic Media organized a Q&A with New York City Council Speaker Corey Johnson under its Newsmakers Series at the CUNY Graduate School of Journalism on March 8. A large number of journalists representing metro New York’s diverse community and ethnic media attended the event. NY1’s Errol Louis, who also teaches urban reporting at the CUNY Gradate School of Journalism, hosted the event. He was joined by Debralee Santos (Manhattan Times) and Stephon Johnson (New York Amsterdam News) on a panel that asked questions of the speaker.

The Newsmakers series is an on-the-record conversation between city leaders, academics, experts and the city’s community and ethnic media, which serve as a bridge between mainstream society and immigrant communities and communities of color. It is one of many programs offered by the Center for Community and Ethnic Media, which provides professional development, research and overall leadership for the city’s community and ethnic media.

Read full coverage of the event at voicesofny.org.